Over fifty years, Zovirak Kanx committed one hundred and twelve crimes, thus becoming the most hunted criminal in the East Kingdom. Now the list of his crimes also includes faking his own death.

The Wasteland – the story in the gamebook is a perfect introduction to the universe of the Norticles. You may discover new facts and gain more knowledge of Nort and its inhabitants, as you wander around the Kaer-nar-Nort wasteland many a time with Linnamèn and Rafael Gabriel. Although the path towards success is narrow, the endings that are not fully satisfying will let you discover mysteries that would have otherwise been left unsaid, if you were to make only the right choices. This is why after each – even successful – finale, it is worth taking up the challenge once again and make one more journey into the Wasteland. It is up to you and your imagination how particular endings will affect the universe. The gamebook also provides access to other material, some of which is free. In the demo version, the game ends once you’ve learnt more or less 20% of the information about the universe, as compared to the whole game (with multiple repetitions). 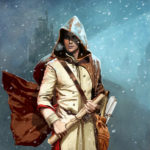 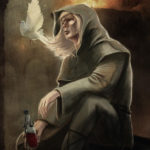 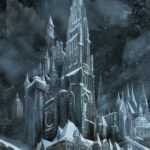 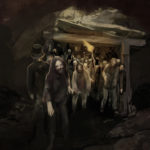 When he was far away from me, his figure seemed much smaller. It was the last time that I saw the abbot’s slim servant as he walked alone towards the range of rocks bathed in the glow of the setting sun.

The “Hattrick” game (demo version) simulates the battle of two protagonists from the world of Norticles – the stories and novels by Magdalena Kempna. It is a battle of Karn – defensive and fighting at a distance – and Milton – a quick and close opponent. The game draws on the idea of Reiner Knizia’s game titled “En Garde”. The mechanics of movement and attack depends on the value of cards held by the player. This idea has been largely elaborated and extended, though. In the game, we do not move along a shared trajectory (forward-backward), but in as many as 6 directions on a hexagonal board. The actions are arranged in a somewhat different manner. In a standard game, the figures move and attack along straight lines, but they have many features which enable them to modify these rules, e.g. by curving a trajectory (when throwing a knife) or the attack area (dynamite). Last, but not least, we should mention the features of the figures. Thanks to them, each duel is fought asymmetrically (contrary to Mr Knizia’s game). The demo version includes only two figures, but each of them has 5 features, of which you can select 3 to use in a duel. This is how you can play the game many times, in different modes. 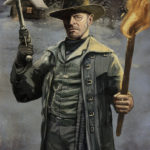 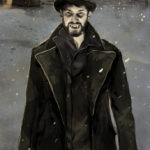 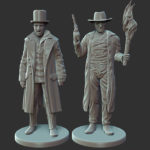 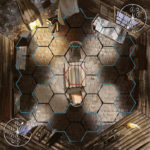 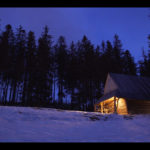 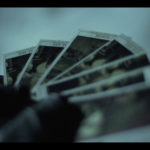 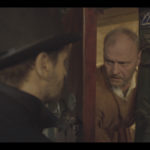 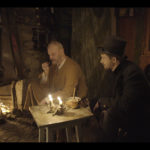 She hesitated for a while and then crossed the threshold. The door opened wider, as if the dark chamber wanted to engulf her.